For my colleagues dealing on a daily basis with archaeological finds, the appearance of a particularly horrendous bronze coin for identification elicits reactions ranging from sheer terror to audible squeals of delight! No more so than for the Roman period where a Finds Liaison Officer presented with a bag of finds to record through the Portable Antiquities Scheme (PAS) might hope for that beautifully preserved aureus even though the reality is more likely a barbarous radiate. What we can be certain of is that since the PAS began recording finds in 1997, coinage has been integral and a common feature of finds assemblages the length and breadth of the country. Currently, the PAS records over 1.4 million objects accessible on an online database at finds.org.uk – the combined letter and number codes after coins used throughout this piece are the unique PAS database number for each object. A quick search of the PAS database reveals over 464,000 records for nearly half a million coins covering all periods of coin use and loss in Britain. In addition to the purely coin-related records, other numismatic material – over 500 medals and medallions, more than 12,000 jettons, and nearly 20,000 tokens – provide a veritable numismatic feast! Ancient coinage forms a substantial percentage of this total (Fig. 1), with numismatic data recorded for over 46,000 Iron Age and 317,000 Roman coins. This is without even taking into consideration the large numbers of coins from larger hoard groups, of which there are well over 3,000 Iron Age and Roman examples numbering anything up to the c.52,500 coins in the Frome Hoard.

What we have for the Roman period is a dataset that is unparalleled anywhere in the world and provides the most comprehensive coin distributions for any of the Roman provinces. On the one hand, this throws up invaluable evidence for specific individual types and every year there are new finds of extremely rare or unlisted coins that we also add to the British Numismatic Journal Coin Register. In 2018 alone this included, amongst others, only our second example of Julia Flavia (AD 79-91), a denarius dating to AD 80-81 from Cambridgeshire (CAM-896D8A) (Fig. 2), unrecorded types for Licinius I (AD 308-324; WILT-41683D) and Jovian (AD 363-364; IOW-200FCD), and an extremely rare medallic as of Severus Alexander (AD 222-235; YORYMAED2AF) with die links to two examples in the British Museum collection but one of just seven Roman medallions on the PAS (Fig. 3). Previous finds include an unlisted miliarensis for Theodosius I (AD 379-395; LVPL-31F145) and a first verified example of Pescennius Niger (AD 193-194; PUBLIC-C27DF1). This trend shows no signs of slowing down in 2019 and while many of the Roman coins recorded through the PAS might be considered more ‘grotty’ than collection-worthy, every now and again a coin appears that bucks the trend. In 2017 this was a very rare aureus of Gallienus (AD 253-268; LVPL-BCE783) (Fig. 4) but in 2019 the stunning aureus of Allectus (AD 293-296; FASAM-8F3066) (Fig. 5), one of just [28] known examples and the first found for half a century, stole the limelight and subsequently sold at auction realising a huge price.

While individually interesting and significant numismatically, these new finds are also key pieces of evidence that feed into ongoing scholarly research relating to Roman numismatics. Indeed, the success of the PAS in recording vital numismatic evidence for the Roman province of Britannia is reflected in the now regular appearance of PAS data as an integral component of broader academic analyses. The recent completion of the new Roman Imperial Coinage (RIC) Hadrian volume by Richard Abdy, published by Spink, includes a number of PAS coins, notably two completely new types: RIC III.3 no. 1128A from Yorkshire (SWYOR-36295C) and RIC III.3 no. 3095 from Wiltshire (WILT-5C6E01) (Fig. 6).

Similarly, the huge numbers of previously unknown Carausius and Allectus coins appearing as new finds through the PAS, in conjunction with significant numismatic collections, have proven integral to Sam Moorhead’s eagerly awaited RIC volume on the Britannic Empire! In recent years, coins brought to light and recorded through the PAS have featured in studies of specific coin issues, for example relating to contemporary bronze copies of Trajanic date, quadrantes, and ‘Coins of British Association’. It is often with sweeps through the database to audit numismatic data by PAS staff that potential research elements like this are identified which reveal something previously unknown with respect to Roman Britain. A good example of this was the identification of a completely new coin type

On the other hand, aside from the purely numismatic, the PAS dataset is also a key archaeological resource for the study of Roman Britain. As techniques of applied numismatics have developed, the breadth and volume of individual coin finds recorded in England and Wales on an annual basis have proven uniquely placed to inform our understanding of the Roman landscape. High level analysis shows at a glance huge concentrations of coin loss in south western England, through to East Anglia and then north into Lincolnshire and Yorkshire (Fig. 1). In many respects, this is a pattern we might not expect or have predicted even a decade ago given that known excavated assemblages would instead point towards concentrations in urban and military centres, notably including western areas of the province. What we are seeing, largely as a result of metal detecting, is the intensive use and indeed importance of the rural landscape in Roman Britain, particularly in the 3rd and 4th centuries AD. The emphasis in the PAS data has clearly shifted the focus from the known big excavated sites to those areas of the landscape that would normally be inaccessible to traditional archaeological investigation. This really key dataset offers a wealth of potential research opportunities, both numismatic and archaeological, that remain to be fully exploited.

New stories are already emerging for Roman Britain that depend largely on the PAS dataset. Analysis of Roman semisses and quadrantes in Britannia shows that these smallest of early Roman denominations certainly reached the province, although the c.70 of each denomination currently recorded, and their absence from big assemblages like the Sacred Spring at Bath and Coventina’s Well on Hadrian’s Wall, highlights that they were not in regular circulation. Instead, in their distribution we can see the movement of the Roman Legions in Britain at various points during the 1st-2nd century, clearly carrying with them small change in much the same way as evidence from large military sites in Gaul and Germany suggests. In the distributions of Roman coins regionally and on site-by-site bases, it is also clear that there are divisions within the landscape that have archaeological resonance. The East- West separation in the north of England with an abundance of PAS coins in Yorkshire and corresponding lack of finds in the North West (Cheshire, Cumbria, and Lancashire) is a very obvious example of this. We might also see in sites producing hugely corroded but abundant Valentinianic coinage in the south west and East Anglia vestiges of the Roman administration exploiting the fertile, arable British landscape. Equally, the spread of Claudian coinage into Devon and Cornwall provides new evidence for the development of the invasion post-AD 43, while at the opposite end of the spectrum the sudden

disappearance of bronze coinage after AD 402 within the province may well reveal new insight into Britain’s departure from the Empire.

Coin hoards are a key component of the numismatic material recorded annually by the PAS. For the Roman period, the c.70 hoards reported as potential Treasure every year range from anything from single pierced precious metal coins through to huge cases like the c.52,500 coins in Frome (Fig. 8). The second half of the 3rd century is by far the best represented phase and this is reflected to a degree in the large volume of 3rd century radiates identified as individual site finds. With hoards like Frome, however, the potential for real change in how complex archaeological assemblages are dealt with was also brought to the fore. Whereas in the past it would not be unusual for large groups of coins like this to be removed from the ground, there is now awareness amongst finders that to stop digging is the best course of action. The careful archaeological investigation both of a hoard’s context and indeed its internal composition has the potential to reveal far greater insight than a bag full of several thousand worn bronze coins lacking any real context. Frome also prompted more considered examination of hoarding practices through a joint University of Leicester and British Museum hoards project that aimed to shed new light on the reasons for hoarding in Britain. We wait in anticipation for the imminent publication of their results.

Ultimately, it must be remembered that this dataset is only accessible thanks to the goodwill of finders who are prepared to record their finds with the PAS. Developing and maintaining these relationships and promoting best practice in the recording of new material is therefore vital. Equally, we are indebted to the teams of self-recorders, volunteers, interns, and Finds Liaison Officers, whose ongoing hard work and even occasional excitement at the sight of a particularly nasty radiate continues to develop our unique dataset. When thinking about the future of numismatic study in Britain, particularly when dealing with the Roman period, we are enviably placed to explore new avenues of research that are simply not accessible elsewhere. The spatial, temporal, numismatic, and archaeological range of the PAS dataset allows us to ask new questions, to explore the landscape in different ways, and to fundamentally change how we approach the ancient past in Britain.

In the PAS database we have an unrivalled source for numismatic study that is freely accessible to all and continues to develop year on year. The future of Roman Britain is arguably looking much brighter than it did for large chunks of the Roman period – at least from a numismatic perspective! 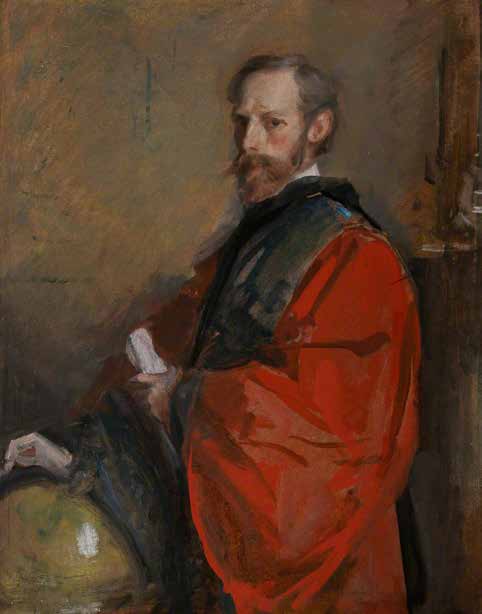