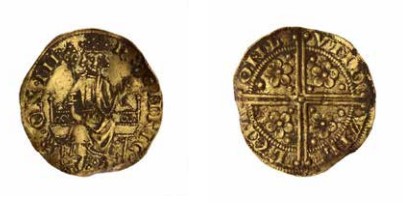 I suppose this story begins around 45 years back. As a child I was fascinated by our history, tales of King Alfred on the Somerset levels, stories of the Roman invasion and marauding Vikings. I often stopped while walking in and around fields, with questions in my head – What was here before? Who might have lived here? How has this landscape changed over the centuries? – and always remained curious about our past and how we connect with our ancestors.

My interest in metal detecting came from a random purchase by my father on a family day out to a beach at Minehead in Somerset. Dad (not being a great fan of beaches) headed into town, returning a few hours later with a large rectangular box under his arm. I can still remember my mother’s face: what’s he bought now, another gadget, something else that will gather dust in a cupboard and be forgotten about!

Unboxing a new C-Scope metal detector, dad explained what a fantastic machine this was and a bargain to boot at £80. After a quick flick through the manual he headed off to search; a long period followed before I spotted him walking back up the beach towards us, a broad smile across his face. “I told you!” he exclaimed, and produced a gent’s gold wedding ring from his pocket – the metal detector had just paid for itself!

My metal detecting hobby took a back seat in my late teens until a chance discussion years later ended up with me and a friend buying a Golden Mask 3+ detector; ust a few weeks later we had a solid signal and uncovered a beautiful, hammered silver coin – a half groat from the reign of Elizabeth 1st dated 1603.

Life progressed, a family arrived, and the Golden Mask 3+ lay gathering cobwebs in a cupboard for 10 years, until my wife Anne reminded me that I had been promising to take my daughter Emily and my son Harry detecting for over a year. Dusting off the detector we set off, uncovering numerous pieces of lead, iron and rubbish. I could already see the novelty starting to wear off (the children were chief hole diggers) until suddenly, the Golden Mask burst into life with a textbook positive signal! After extracting a beautiful Elizabeth I sixpence dated 1594, we were all chuffed to bits and headed home with huge smiles.

That evening my thoughts were running wild; technology has moved on, and the children enjoyed their first trip out – why not buy a new, modern detector and find more treasure! Purchase in hand, I decided on the field where I had found that very first hammered coin 10 years before. It always had a good feel about it. The landowner was contacted and a new search agreement drafted and signed. Everything was now in place for that first hunt on a field I hadn’t detected for around 10 years. Only around 15 minutes passed before the XP Detector Deus 1 erupted into life with a lovely positive two-way signal reading around 78 on the ID scale. I vividly remember the sun shining through the trees, illuminating the Devon red ploughed soil as at around 4 inches deep a glimmer of gold appeared. It looked like a coin but being of an age when reading glasses are a must, I raced back to the truck for my glasses. 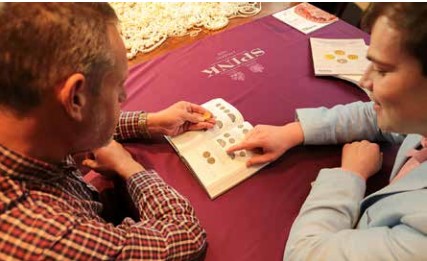 I could now see a king seated on his throne – just beautiful, Medieval, I thought. I messaged Anne, just found a gold coin, coming home! And the reply came through, let’s see a picture. As I knew Anne had an interest in Medieval history, I quickly sent a few pictures and started to drive home. My phone bleeped and I pulled over: I’ve just found a picture of a coin that looks the same sold for 526k!

I laughed to myself, dismissing the message – it’s pretty but not historically significant. I had already messaged a couple of local detectorists and it was only a matter of minutes before their car raced into our drive. “So where is it?” I opened the palm of my hand to looks of disbelief – “We thought you were joking, winding us up!” they exclaimed. We knew it looked gold and Medieval but none of us really knew exactly what it was.

I had no reference books, so we decided to post it on a Facebook group for others to comment on. Within seconds the phone went mad – a Henry the third gold penny! The find of a lifetime!. At this point I realised that the coin had to be removed from the house for security reasons and removed the Facebook message, with Spink specialist Greg Edmund contacting me with further advice. A couple of days passed, and I found myself on a train to London. Greg had arranged a meeting with Dr Barrie Cook at the British Museum, who verified and authenticated what I had found. Yes indeed, a solid gold Henry Third penny from 1257, with only a handful of others in existence! The dies used to strike the coin were verified from the other known coins and this coin may in fact help with the chronology of the others. 99% of them were melted down as the weight of gold used exceeded the actual monetary value of the coins in 1257, which is why so few examples exist today.

As any Spink follower will know, the spectacular sale of the penny in January exceeded all expectations, and I can only apologise to the detectorists out there who have spent years searching for a coin like this. I am extremely humbled by its discovery and feel very honoured indeed to have been the one to find it. I just got very lucky – a few days before the field had been ploughed and harrowed and it’s a miracle the coin survived to tell a fascinating story.

The buyer of the coin, who I have since met, is allowing the coin to stay in the UK, and plans to loan it for museum display for everyone to enjoy. A massive thanks to him for that ongoing legacy – it really does mean a lot to us as a family, and is a perfect outcome and end to a fairy-tale.

The day after the auction I made a visit to a very special place – Westminster abbey in London, the final resting place of King Henry III. I felt a compulsion to visit him, connect with him, and a million thoughts and emotions ran through me. I uttered thanks to the King for his legacy as I left, which has left an enduring and positive mark on my own life – his actions in minting this coinage around 1257 has had a life-changing impact on the lives of a Devon family some 765 years later. I find that staggering.

It’s a day I will never forget.