The Story Behind the Medals

Both Brian and Marjorie were awarded the PJM (the Pingat Jasa Malaysia) by the Malaysian Government, for service of 90 days or more in Malaysia between 31st August 1957 and 31st December 1966

At Spink we are used to hearing incredible stories of bravery and heroism, often in battle, which lie behind many of the medals sold at auction here, but what of the living men and women who have served their country selflessly during both war and peacetime – the unsung heroes, if you like? I was privileged to visit the Royal Hospital recently to meet four very special Chelsea Pensioners, whose stories are all very different but display equal commitment and dedication during their time of service, often acting as a springboard to fascinating careers and contributions to civilian life after they left the army.

Peter Cooper OBE, MID, GSM (CYPRUS) enlisted in September 1946 as an Army Apprentice aged 14. When asked what led him to take this path so young, his father having served in two World Wars and both his brothers killed on active duty during the Second World War, he said that it gave him a good education and enabled him to train as a vehicle mechanic; it was the “making of him”. Joining the Royal Engineers and applying his trade, he progressed to a Clerk of Works Mechanical, serving as such in Cyprus for a three year tour of duty from 1956-1959 – based on his work during that period he was awarded a Mention in Despatches. Refrigeration training of military and at times civilians completed his 15 years army service.

As an industrial refrigeration engineer with York Borg Warner, and now a Chartered Engineer fully qualified in refrigeration, he joined Sainsbury’s in 1972, where he worked for twenty years – he was awarded an OBE in 1993 for services to the food and refrigeration industry. Sainsbury’s supported his committee work throughout, including in the reduction of CFC use in refrigeration systems.

The support provided by Sainsbury’s helped provide practical solutions to the temperatures at which food should be stored and displayed with specialists at the Ministry of Agriculture and Fisheries. Equally he worked with a replacement for chlorine refrigerant, then commonly used (particularly in the food industry), which had to be replaced due to its effect on the depletion of the ozone layer – but it could not be immediately banned without a safe replacement (consider the operation of hospitals and blood banks, let alone food stores). He modestly comments that “anyone could have done it”, but puts success in life simply down to “work ethic”.

After his basic training with the Royal Signals in 1950 he was posted to 3 GHQ Signal Regiment in the Canal Zone. He recalls his three-year tour highlights as “kicking King Farouk out of Egypt in 1952”, then moving as an attachment to Jordan with the Arab Legion stationed at Aqaba, where he worked with the RA Training Arab Signals Team. He remembers travelling down from the mountains by mule train to Petra, looking on the ground and finding this coin – not something you would be lucky enough to come across today.

He arrived at a tented camp in Aqaba which was situated next to the Arab Legion camp – 100 yards away across a fence was the Israel camp. He was there in an observatory role, but says that he ended up doing a lot of fishing! “One day, we drifted in to the shores of Saudi Arabia and got fired at! We got in close enough to understand 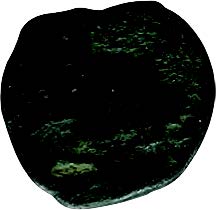 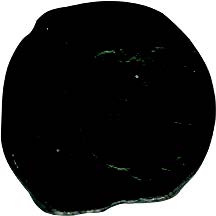 that we had violated Saudi Arabian waters and were asked to give our names, which we duly did: General Strike, Corporal Punishment and Private Enterprise. The Commander of O Force called us in a month later to ask who these officers were, then duly had the letter from the Saudi Arabians framed and put up in the officer’s mess.”

One time a plane came down rather too close to the palm trees on one side of the runway in Aquaba, clipping their tops and effectively crash landing. He received a message over the radio to “drag the plane to the side of the airport, cut off its wings and use the fuselage as an office”!

In 1972 he served with 227 Signal Squadron at AFCENT, his last Army posting as a Regular soldier, when he joined the Long Service List. He later became an Estate Warden in Minden, for which he was awarded the MSM, and was awarded the MBE for his work with the MOD housing and welfare service for his work with army families. Having also been a National Trust tour guide, he now puts his skills to good use conducting tours of the Royal Hospital – though more latterly of course his talks have been via Zoom – and can often be seen practicing his fly casting in the grounds of the Hospital!

Marjorie Cole, my only female interviewee, had a very different experience of army life, enlisting in Hull in September 1961 to escape the boredom of working in a bakery. Her father told her “You won’t last six weeks!” but 14½ years later she had proved him wrong, only leaving the army due to a bad back. She was one of the first females to be admitted to the RHC in 2009 – now there are another 13.

Marjorie joined the WRAC and was posted to 12 Battalion WRAC working as a storesperson, moving to 4 Company WRAC in Singapore in 1965 where she worked in a supervisory role in the Sergeants’ Mess. This was at the end of the emergency with Indonesia, and some of her fondest memories are of this time, in charge of a team of multinational cooks, water-skiing and camping in the jungle! She says this experience taught her the value of things – “Even the Chinese grandmothers were building roads” – and to always keep a good supply of tea, sugar and dried milk to hand for women being brought into quarters during the emergency.

The role of women in the army has changed dramatically since her day, with many more front line positions open to soldiers of either sex, but still the same lack of choice over posting. Marjorie was posted to Northern Ireland in 1972, attached to HQ NI as a supervisor within the Officers’ Mess, but enjoyed the camaraderie despite, she says, being considered “second best”. She was awarded the GSM for her service in both Malaya and Northern Ireland and has the Pingat Jasa Medal, also for Malaysia. Marjorie quips “Life began at 65 for me!”, when she became a Chelsea Pensioner.

He reached man’s service in Socotoo, Abeokuta, Lagos and Sierra Leone, and from West Africa to Egypt and Libya. He recalls taking part in the “Benghazi Handicap” whilst on the Egyptian border during the Second World War – “chasing the enemy backwards and forwards between Tripoli and the border”  – but his work there was mainly clearing minefields and demolitions, which he emphasises is “not fun and games”. As a Sergeant, he was tasked with destroying the mountain road that led into Derna to stop the Germans when the withdrawal began, blowing up a road cut out of the side of a cliff with a 200-300 feet drop. This is what earned John his first Mention in Despatches.

During this time he recalls one memorable moment, when his section – exhausted and filthy – stopped on a promontory and jumped into the sea. He says, “We used a few hand grenades, and chucked them into the sea to kill the fish – so we ended up having a wash and a feast!”

From Derna he moved his section back to Tobruk, where this time he was tasked to demolish the harbour installations and twelve water towers, losing all his section bar one, but denying the Germans access to the port. He describes it, simply, as “a bit hairy”. It was from Tobruk that he was captured by the Germans for the first time, escaping after one year and returning to the UK, where he was recommended for a Commission.
On learning that he would have to spend four months in the OCTU, and “desperate to join the action” in France, he volunteered for parachute duties instead, dropping into Arnhem in September 1944. After five days of fierce fighting, with no ammunition and only a few of his Squadron left, he was once again captured by the Germans, but managed to escape on his very first day in captivity!

John’s army career reads like a Boy’s Own adventure story – he was sent to Norway in May 1945 to clear minefields and take explosives out of all the major installations; went as Engineer support to the 3rd Para Brigade to take part in the invasion of Malaya (which was eventually stopped by the A-Bomb); spent time in Palestine doing cordon and search and removing mines from railways; went with 131 Parachute Engineer Regiment to Cyprus, Oman and Aden in the late 1950s; Kenya and Northern Ireland as a Captain in the 1960s; and left in 1969 to join 21SAS Regiment as the Quartermaster. Three years later, having been promoted to Lt Colonel, he joined 23 Field Engineer Regiment, where he was appointed OBE.

Like me, you may want to know more about John’s incredible escape stories during the Second World War, which will be forthcoming in our next issue. In the meantime, to support the Royal Hospital, or find out more about the work it does to support and care for those veterans who have loyally served our nation, please visit the Royal Hospital Chelsea website fundraising page, https://www.chelsea-pensioners.co.uk/support-the-chelsea-pensioners, or get in touch with the Fundraising Office by emailing [email protected] or by calling 020 7881 5284.