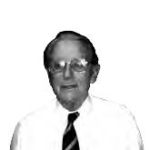 In the 16th Century, imitations of Roman coins were created by the artist Giovanni da Cavino of Padua, after whom some imitations are called ‘Paduans’. At the time da Cavino was living in Padua, working as a sculptor and jeweller, and making medallions of various kinds. His life, 1500-1570, almost exactly matched that of Benvenuto Cellini (1500-1571) and he was twenty-five years younger than Michelangelo Buonarroti; this was a time when Renaissance art was at its peak.

Some of his portrait medals were of contemporary persons – scholars, prominent lawyers, doctors or literary figures – who dwelt in Padua. But at some stage he began to associate with a contemporary antiquarian and humanist, Alessandro Bassano, who gave him a feeling for the coinage of the ancient Romans, and he began making imitations of some of the most splendid examples, the brass sesterces of the first and second centuries AD. Because of this, copies of Roman sesterces that might be dated to this period are often called ‘Paduans’, although they are not all by him (for instance, one that shows a head of Julius Caesar blown up from an ancient portrait on a sestertius with the legend VENI VIDI VICI on the reverse, is certainly not his work).

Their fine style has led many persons to fail to recognise his products as being not genuine Roman coins (the principal points of difference are the slightly exaggerated modelling of the faces and bodies, the care taken to centre the designs on the flans, and the rather broader serifs (like fish tails) that appear at the ends of some letters. It is not surprising therefore that in the catalogue of a prestigious modern collection published some sixty years ago a sestertius of Titus was not recognised as being his work. Also, imitations actually produced by Cavino are almost impossible to find. The best place to see them is in the Museo Bottacin at Padua, where some are displayed that are struck on flans that are very like the flans of Roman sesterces of the early empire. He might even have used genuine ancient coins and restruck them. However, after his death his son Vincenzo, and perhaps others, used his dies (which are now held in the Cabinet des Médailles in the Bibliothèque Nationale, Paris) to strike more imitations, which are on larger, slightly thinner, flans, like the one that is illustrated here.

Cavino is sometimes described as a forger, but the truth is different. He lived at a time when, at the height of the Renaissance in Europe, many artists and architects and writers were fired with a desire to equal the works of the ancients, the Greeks and Romans who had provided a basis for so many things in European civilisation. If anyone still doubts his honourable intentions, they should go to the Basilica of Saint Antony in Padua, and look at his tombstone there. The writing on the tombstone includes this statement: ‘In particular, by striking, he produced images of many of the early Caesars (priscorum praesertim Caesarum multorum . . . imagines cudendo expressit)’. This shows that he was not trying to hide what he was doing. Even when his coins travelled further they may have been mistaken for genuine ones, or sold as genuine by dealers who wanted to increase their profits.