The Enduring Wish for a Golden Age at Christmas Time

The Roman poet Virgil wrote a mystical poem, which we know as the Fourth Eclogue, in around 42 BC. It is oracular in nature and describes a vision of a returning Golden Age through cyclical time. Almost from the beginning, it was used for political purposes. Although it was written before Octavian accepted the title Augustus, the poem seems to have greatly influenced Augustus’ claim to legitimation through the arrival of a new saeculum. This new era was safely ushered in through the rituals of his Ludi Saeculares (Saecular Games) in 17 BC. Many later Roman emperors tried to emulate Augustus by claiming the return of a Golden Age. My book, Imperial Legitimation, uses numismatic evidence to show how emperors in the third century AD used the claim of a Golden Age for the purposes of legitimation. Even the usurper emperor, Carausius, who ruled Britannia in the late third century AD, seems to have used this claim. The majority of Carausian silver coinage includes the three letters RSR which, it is now generally accepted, stand for Redeunt Saturnia Regna (the Golden Age Returns), a quotation from the Fourth Eclogue.

From the time of Lactantius, who was writing in the late third century AD, it was declared that the Fourth Eclogue foretold the birth of Christ. Without doubt, this increased the poem’s profile in the Renaissance. Several Popes and great families like the Medicis used quotations from the Fourth Eclogue. In turn monarchs down the ages came to use Virgil’s phrases at the start of a new reign. Even the fledgling United States in the late eighteenth century employed Virgil’s phrases to make claims for their new country. The words “Novo Ordo Seclorum” derive from the Fourth Eclogue and appear on the Great Seal of the United States of America.

When Edmund Sears wrote the Christmas Carol “It Came Upon the Midnight Clear” in America in 1849 he also employed the image of a returning Golden Age in the last verse:

For lo!, the days are hastening on,
By prophet bards foretold,
When with the ever-circling years
Comes round the Age of Gold! 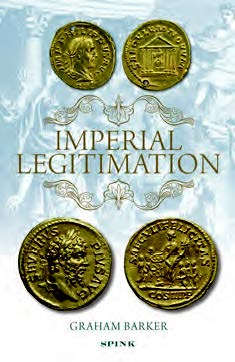