Major General James Cowan was commissioned into The Black Watch (Royal Highland Regiment) in 1987 and in his early years served in Germany, Northern Ireland, Zimbabwe, Hong Kong, Lesotho and the United Kingdom. He commanded The Black Watch battlegroup in Iraq in 2004 and served again in Iraq in 2006 and 2007. He commanded his brigade in Helmand Province, Afghanistan in 2009 and 2010 and planned the Olympic security operation for London 2012. In his final job in the Army he commanded the 3rd Division, leaving in 2015, and is now the Chief Executive of The HALO Trust, the world’s leading charity clearing the debris of war. HALO operates in 26 countries and employs 10,000 people. 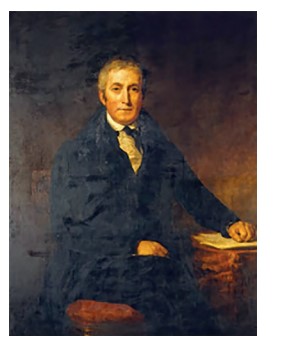 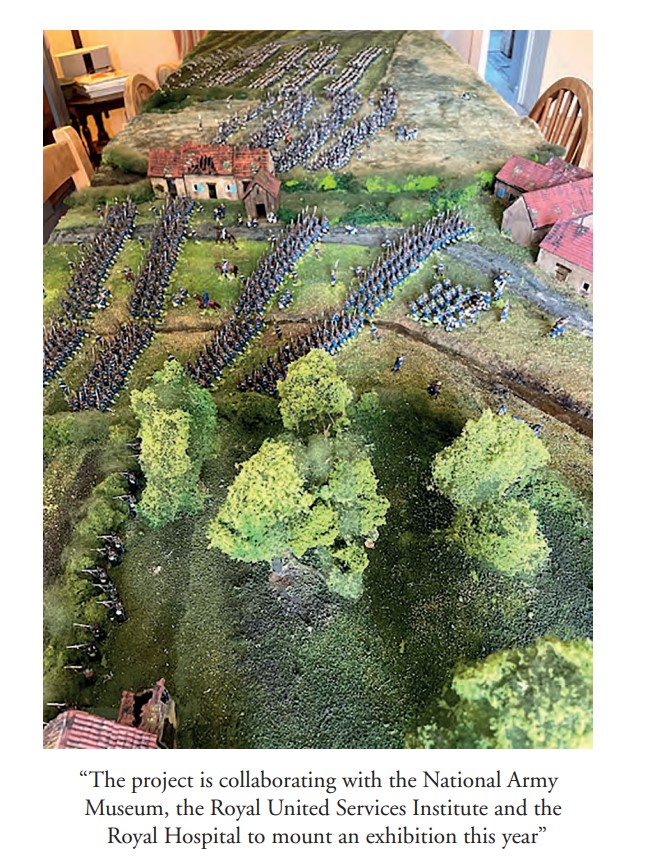 Major General Cowan is also a trustee of Waterloo Uncovered, the charity that supports wounded ex-soldiers come to terms with their conditions through the medium of archaeology. Every year, the charity conducts a dig at Waterloo and, as well as uncovering new perspectives on the battle, the many soldiers who attend enjoy being part of the project. In the first few years, the focus was at Hougoumont but recently work has expanded to other parts of the battlefield. James Cowan’s interest in Waterloo derives from his ancestor Alexander Cowan.

Alexander Cowan was a Scottish industrialist whose mills at Penicuik outside Edinburgh had been requisitioned by the Government in 1810 to hold 6,000 French prisoners of war. He was appalled by the treatment of the prisoners and erected a monument in memory of those who had died, entitled “All Men Are Brethren”: He was also a friend and executor of Sir Walter Scott, who wrote a famous account of the Battle of Waterloo. Alexander Cowan’s son, Charles, recorded his visit to the battlefield in 1818 in his Reminiscences:

“After passing a day or two in Cologne, during which we visited the Magnificent cathedral or Dom, I went by the diligence to Brussels, which journey, I believe, occupied one day and two nights. I arrived at Brussels about nine AM and at my hotel was told at once by a waiter that the execution of two men was to take place in the market place at noon. This induced me to walk down to the marketplace where I saw erected the frightful apparatus of death, from which I returned to the hotel, decided, as I thought to abstain from witnessing the dreadful spectacle. I went down the second time, and again returned firm in my resolve. This was after eleven o’clock when I had some conversation with myself, entirely private, and I remember saying, “Well, if you don’t go today you will never have another chance”.

I was perhaps all the more steeled or incited to witness the bloody tragedy by having been informed that the culprits were parricides. I took position within, I believe, twenty yards of the guillotine. At twelve precisely the culprits attended by the officers of justice came up in a cart driven at a quick pace. Not a moment elapsed before the first one poor wretch was laid upon his face on a large board, to which he was fastened by strong leather straps, the neck being enclosed in two semicircles or crescents of iron. Whenever this was done a cord was loosened, connected with a very heavy weight, probably three or four cwts. It fell with great force upon the knife which descended into a groove and separated the head from the trunk. The crimson fluid squirted out in all directions, the head falling into a bag. I was surprised by the small numbers of spectators probably in consequence of the frequent use of the guillotine and of the oceans of blood shed in twenty years’ bloody war.

The day after the bloody spectacle in Brussels, having procured the services of a strong young man as a guide to the village of Waterloo with whom I walked thither by the side or through the forest of Soignes. The walk was the more fatiguing for the weight of gold which I carried, upwards I believe of fifty Napoleons. Upon arriving at Waterloo I fortunately met Lacoste, the attendant and guide of the Emperor Napoleon on the memorable 18th of June. After visiting the churches and monuments to those that fell in the terrible conflict we proceeded to La Belle Alliance and afterwards to Hougoumont. The crops, chiefly wheat and rye, were very rich and rank, no doubt arising from the decayed animal matter and in some places this was much more marked than others, as for instance in the hollow near where the brave Sir Thomas Picton and many other heroes fell. I picked up not a few balls of iron, of grapeshot I presume, of the weight of three or four ounces each, also a button with “Oxfordshire Regiment” upon it and a portion of a tobacco-pipe, with an imperial “N” upon it. There were at that time plenty of remains of human bodies, or putrified flesh, bones, clothing, and fragments of leather. In a wheelrut on the high road, full of water, which Lacoste scooped out with his foot, he pointed out to me the remains of an officer, which he said, had never received Christian burial!

I was deeply interested in the chateau of Hougoumont which had been taken and retaken several times, and still bore ample traces of the conflict. Lacoste conducted me to a small chapel in which there was an image of the Virgin, and, “Look Sir” said he “here was a real miracle. The chapel was on fire, but the fire ceased whenever it reached the feet of the Virgin”. No doubt he was greatly scandalised by my remark that if it were a real miracle it ought to have ceased a little sooner as the toes of the figure had been burned away”. 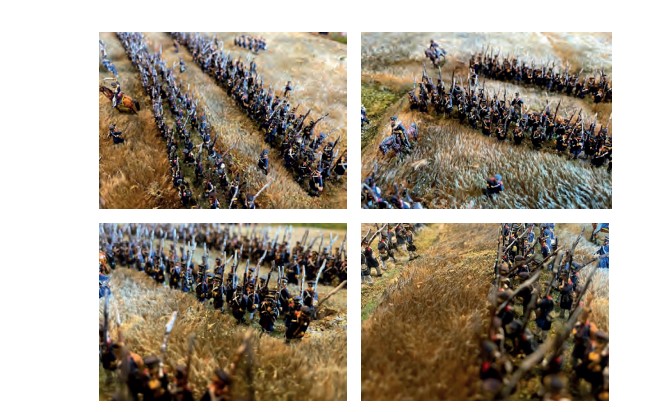 This account gave General Cowan a lifelong fascination with the battle. One of the techniques employed by Waterloo Uncovered has been to compare the diorama built by Captain William Siborne with the modern archaeological evidence. William Siborne was not present at the battle but was in Belgium in 1815. Siborne was a talented cartographer and model maker who undertook the construction of two dioramas of the battlefield based on detailed interviews with survivors, and on his own painstaking survey of the battlefield.

It occurred to General Cowan that it would be good to construct a new diorama of the battle in homage to Siborne, but taking advantage of modern scholarship. While Siborne’s work was pioneering for its time, much has been learnt since. Moreover, Siborne could not easily access Prussian, Hanoverian, Brunswick, Nassau, Dutch, Belgian or French participants and so his account had a very British slant.

General Cowan had been collecting 20mm model soldiers for many years and had amassed around 40,000 figures. This was quite a large number in its own right but nothing like the numbers needed to replicate the battle at oneto-one scale. Given that the French numbered 72,000 at the start of the battle, the Allies 64,000, and Blucher brought about 40,000 of his Army onto the battlefield, this would require 176,000 figures. At the rate he was painting (about 1,000 a year) it would have taken him a mere 136 years to complete the project! This harsh reality caused a re-think! General Cowan mobilised Waterloo Uncovered’s support and in consequence he has persuaded other major collectors to join the project and has hopes others will do so as well; he has increased production by assembling an army of volunteer painters, each taking on a unit. James Cowan’s father, Edward is an experienced model maker who has taken on the construction of all buildings, producing 1/72 reproductions of Hougoumont, La Haie Sainte, Papelotte, La Belle Alliance and Plancenoit. At the time of writing there are over 70 people helping out, working as far afield as the USA, Canada, Europe and Australia as well as the United Kingdom.

In consequence, the model is growing very rapidly. The project is collaborating with the National Army Museum, the Royal United Services Institute and the Royal Hospital to mount an exhibition this year. The event will comprise a week of lectures and exhibition days at the National Army Museum between 19th and 24th October. Given limited space at the National Army Museum, and the fact that the model is someway from complete, this October’s exhibition will focus on the corners of the battlefield, namely Hougoumont, La Haie Sainte, Papelotte, Plancenoit and La Belle Alliance. In 2022 the project intends to focus on the British squares and the main French cavalry attacks. In 2023, the action east of La Haie Sainte will be developed and in 2024, the east side of the battlefield between Papelotte and Plancenoit will be completed. In 2025, they hope to bring the whole diorama together covering an area the size of a tennis court.

But while progress has increased dramatically, there is still plenty of room for more volunteers. As a company whose reputation in part rests upon its reputation as Medal specialists, and understand the detail and craftsmanship required for a project of this kind, Spink are encouraging collectors to become involved. Figures are 1/72, otherwise known as 20mm. Once a unit has been chosen, James can advise on where to buy the figures and which paints to use – he can also provide a painting guide. Painters need to be competent and capable of fine detail, but collector standard is not required in these numbers!

This is an ambitious project which will bring to life one of the great events of history. If you have any questions, or would like to become involved in the project, James Cowan is UK-based and can be contacted on +44 (0)7584 655530. For further information and tickets for all forthcoming Waterloo Uncovered events please visit www.waterloouncovered. com/events 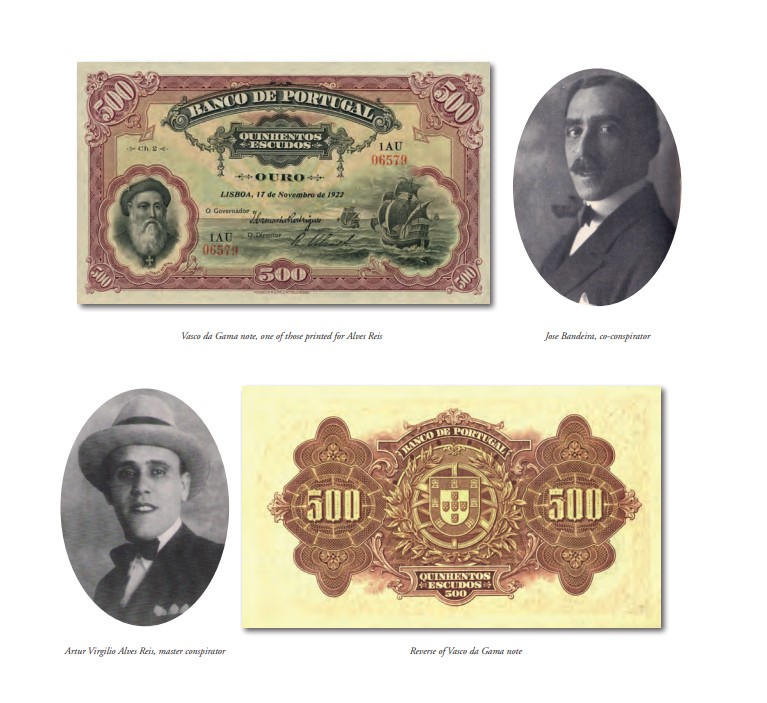