“ How can you write an article about a 1d Black?”, I was asked recently by a key figure in the stamp world, who speaks French fluently, and with exceptional articulacy. “OK, Gavin, you can say it’s a good price for a super, super nice single – but that’s it!” I had to agree with him, given that his shrewd analysis applies to 99.99% of cases.

But then, I was not thinking about the run of-the-mill; rather, I was considering something exceptional. And not just an exception, but the exception. Perhaps the most staggering single 1d Black in existence, and certainly the best example that I have ever found in over half a century of searching – barring inscriptional examples, and those with distinctive cancellations, both of which carry an obvious advantage and are in a different category altogether. Accepted, there were over 68 million printed of this first stamp in the world, which is precisely why the present one is so very unusual and, I submit, worthy of space in the Insider.

When a piece of music is really special, and is played by a genius with an angelic touch (such as Heifetz playing the Second Movement of Beethoven’s Violin Concerto, or Rubinstein playing Chopin’s Waltz in C sharp minor), it moves the soul, and the heart, as well as the mind. If the sound is really special, time stands still and tears fill one’s eyes. When a true collector sees a stamp, or a cover, that is ‘impossible’ – too good to be true, out of this world – he or she would love to possess it, even if only as a temporary custodian. In this article, I will not touch on ownership marks on the reverse – whether in violet lettering, or perhaps a personal stiletto sign – as I should like to keep the subject tasteful.

Many years ago, when I was a schoolboy, before concentrating on GB Postal History, I collected used 1d Blacks off cover, spending much of my savings on this questionable – yet passionate – pursuit. My interest in the first stamp – and in the sheer beauty of the Queen’s head in profile – intensified when I was a student at Manchester University; another enthusiastic collector sharing not dissimilar interests, Alan Holyoake, is also an alumnus (although rather more senior). I well remember the late Michael Jackson, a renowned and knowledgeable specialist GB dealer, helpfully bidding for me at auction in my enforced absence. 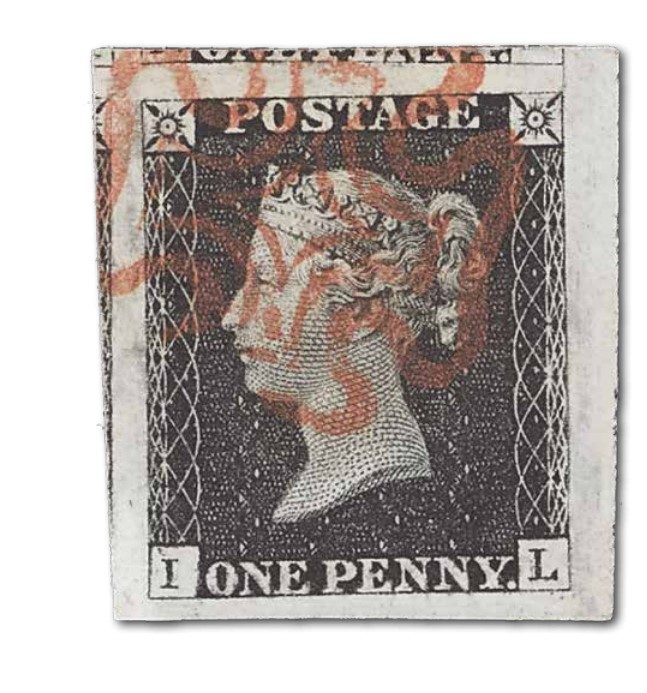 Too late, I came across an ‘All World Rarities’ auction catalogue, dated 16th October 1970, published by Stanley Gibbons, on the back page of which was illustrated, in colour, a monster example of a 1d Black, from Plate 1B, without faults. It enjoyed a part sheet margin, portions of three adjoining stamps, and a lovely red Maltese Cross. Moreover, it had a non-coincident reentry, showing letters ‘I’ and ‘L’ recut and enlarged – the bonus of a striking variety, with which to be spoiled. It was described as follows: “An outstanding example … few comparable copies can exist.” Yet, I missed it! In the same sale, a 6th May 1840 1d Mulready envelope, “One of the finest known examples”, fetched £380. The stamp realised £240. I vowed, if it ever appeared in a future auction, not to miss this superlative 1d Black again.

We move forward some 51 years to 2021, when Spink published a catalogue dated 15th September, and there, nestling within its sumptuous pages, lay that very stamp, lettered ‘IL’, basking in all its glory, still looking just as beautiful, supreme and tempting as ever. Nobody else had a chance this time, and the stamp was secured for nominally over £2,000. A bargain, given the afore-mentioned price of the exceptional First Day Mulready. Could I relax, and savour the moment now? Unfortunately not exactly, as I had long since moved on to collecting Postal History, and a single 1d Black, no matter how extraordinary, and – dare one say it – sexy, just did not fit in my collection, or exhibit.

However, I could not break that promise to myself all those decades ago, no excuses being permitted, and the purchase had to be executed. The solution? Write about this unforgettable stamp in the Insider, with a suitable illustration, then quietly consider the possibility of enabling another passionate and dedicated collector to take over the enjoyment of this one-off treasure, perhaps the very best of the best – the ultimate, ‘impossible’ 1d Black. 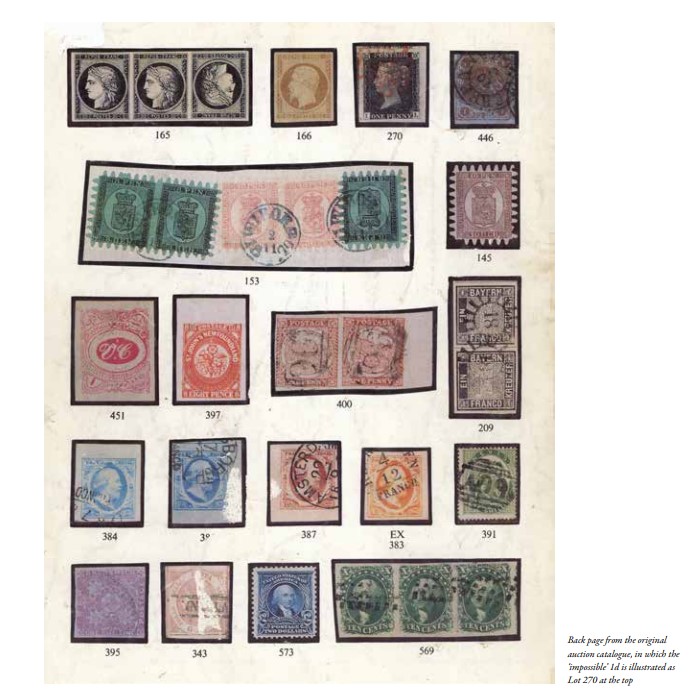