Royal College of Physicians: Cure and Prevention of the Plague 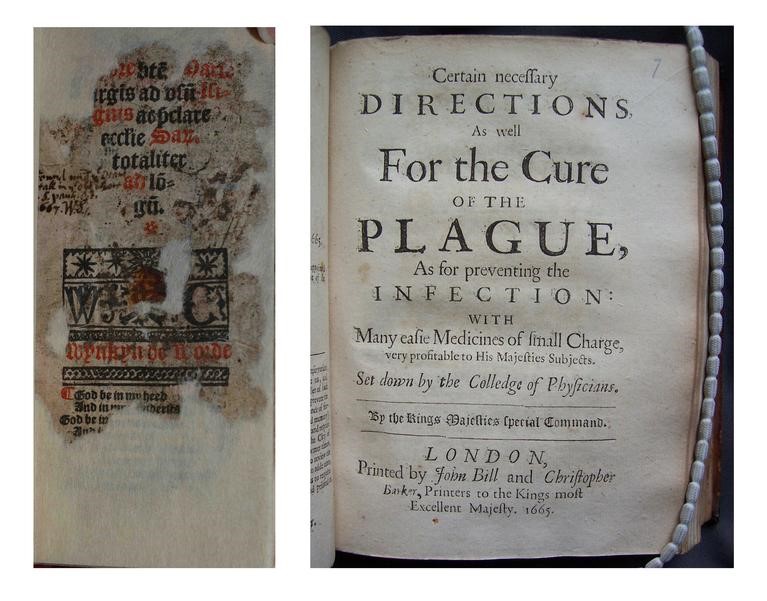 As an appendix to Emma Howard’s article, Social Distancing in 1666: Orders for the Prevention of the Plague, I can offer a couple of titbits provided by my old Cambridge College (Emmanuel) which refer to earlier and later treatments of this subject.

In the first place, the College’s library holds a copy of a work published in 1665 by the Royal College of Physicians (founded in 1518 and still very active). Its title is:

Certain necessary Directions, As well for the Cure of the PLAGUE, As for Preventing the INFECTION: With many easie Medicines of small Charge, very profitable to His Majesties Subjects. Set down by the Colledge of Physicians, By the Kings Majesties Special Command.

A modern printing has been made, and is listed by Amazon, but seems to be selling out fast. However, for those who do not wish to read the whole book, the following quotations may show how little has changed since the bubonic Plague hit London in the year when it was published.

First, there is the necessity of reducing the chances of infection:

‘It is advisable that all needless Concourses of People be prohibited; that the Poor be relieved and set at work, and Beggars not suffered to go about; that all sale of corrupt Provision for Food be restrained; that Streets and Houses be as diligently and carefully as may be, kept clean …’ 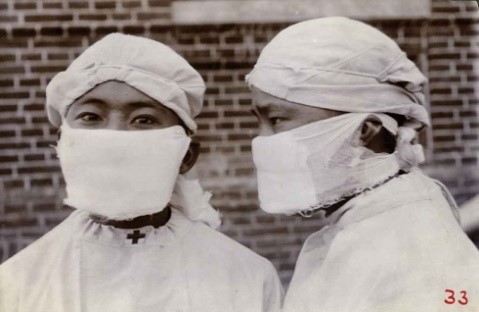 ‘It is to be presumed, because everyone desireth his own liberty, that none will give notice of any suspicion of the Plague against themselves; wherefore that must be the Overseers’ care, upon any notice or suspicion of Infection, by the help of the Doctours, Surgeons, Keepers … to find out the truth thereof, and so to proceed accordingly…

Secondly, my college has a modern connection with someone who made a considerable advancement in the treatment of pneumonic plagues. At the end of the 19th century a Chinese student working at Emmanuel became the first person from that country to graduate in medicine at Cambridge.

Dr Wu Lien-The (sometimes spelt Liande in the Roman alphabet) was called upon by the Chinese Imperial Court to combat a plague of this sort which had developed in north-east China, and had deadly implications for the rest of the world, because it would be possible for someone to board a train there and be in Europe in less than a week.

Dr Wu adopted the bold theory that the spread of the disease did not require non-human vectors (such as fleas), as many other scientists insisted, but was transmitted directly between humans in an airborne manner and was therefore contagious. As a result he insisted that medical staff should wear face masks, and this spread to the general population in Manchuria with good results.

For a description of Dr Wu’s work, see the following (written after his death in 1960):

So what has been happening recently is not exactly new.