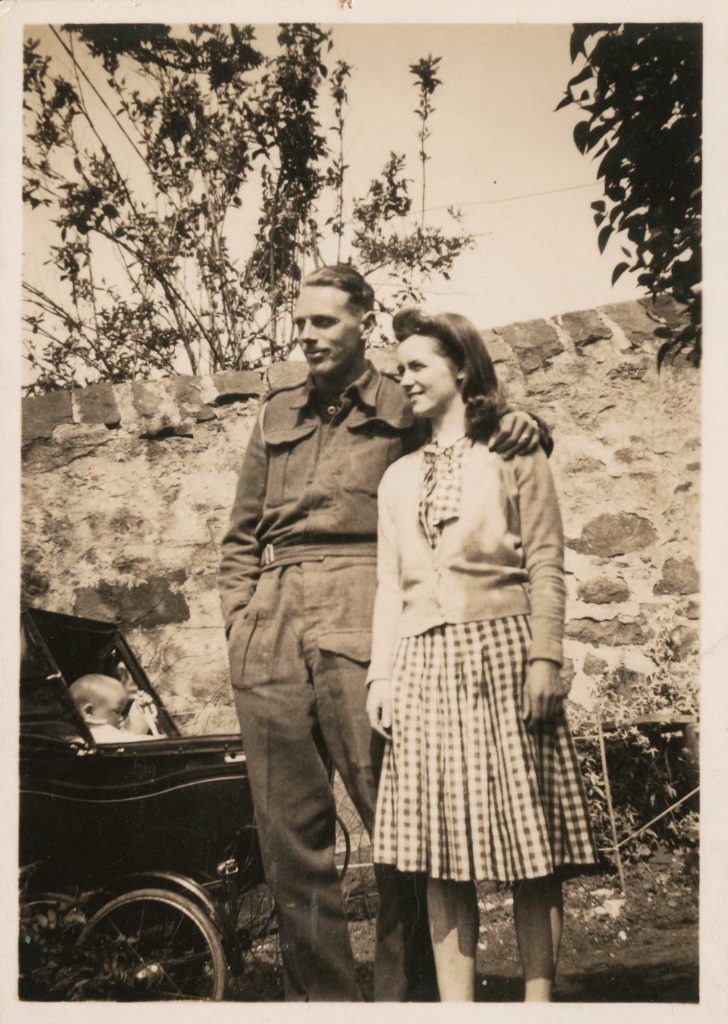 Many of us have had to find new ways of keeping in touch with our loved ones during the Covid-19 pandemic, but before the advent of the mobile phone and the computer there were very few ways to keep in touch, other than by writing a letter.  Ahead of our Historical Documents, Postal History and Autographs sale on 15th July, Curator Joanna Espin of The Postal Museum told us the stories behind three couples who used the post to express their feelings during periods of separation.

Writing a love letter goes hand in hand with the separation of lovers. Circumstances could divide couples for weeks, months or long years, while some love letters are written just minutes after parting company. The Postal Museum looks after a collection of love letters written by Ian McLennan, during both long and short periods of separation from his lover, Joan Walker. Ian wrote to Joan during their early courtship and after their marriage, when he left for military service during the Second World War. Ian’s love letters connected the couple across the distance that divided them. Ian asked Joan to always think of him at midnight, so that ‘at the closing of each day we will meet now, always and forever’.

In one of Ian’s love letters to Joan, he described how memories of their time together brought about ‘a delicious pain… in my heart’, and how he would ‘read and re-read’ Joan’s letters, their only tangible connection.

Ian addressed his letters to ‘My Own Darling’ and signed them off with ‘all my love darling always, your loving husband Ian.’

The act of letter writing provided a format for more open and honest conversation than meeting face to face allowed, especially when privacy was impossible. For example, while Ian convalesced in hospital following an operation, he described his struggle to remain ‘composed when you are near me’. Ian’s longing for Joan is so expressively and romantically described. He wrote that he yearns for ‘the day when we can be really alone once again.’ The letter ends ‘remember I love you – always – as always as from the first.’

The Postal Museum looks after a group of 33 postcards, hand-illustrated by Harry Daniels and sent to his future wife Olive Durst during their courtship, between 1907 and 1911. Harry would write to Olive after short periods of separation, sometimes putting pen to paper straight after being

together. The museum’s researchers have discovered that while Harry was writing to Olive, they lived just a 15-minute walk away from each other, but he still felt compelled to use illustration and writing to communicate his feelings.

In 1907 Harry wrote: ‘It wasn’t, of course, at all likely that I could remain quiet for a week (nearly) out of hearing & (worse!) out of sight of you … this all too brief p.c. is a poor remedy but must, I suppose, suffice’

What makes Harry’s postcards even more special are his beautiful sketches, as illustrated here.

Harry was killed in action in France in 1917, just three years after he and Olive married. His innocent and lovingly rendered postcards are a testament to Olive and Harry’s relationship.

Robert Abbott wrote to his sweetheart, Mary several times in the mid-19th century. His letters discuss his daily activities and at first appear quite unromantic. However, the floral writing paper, adorned with hand-painted rosebuds and forget-me-nots, reveals a coded romantic message, read and understood widely in Victorian society. The format of the letter allowed for further romantic sentiment. Robert’s letters are addressed to ‘to my beloved Mary’, and signed ‘yours in unalterable love’.

My favourite love letter in the collection was written from Ian McLennan to Joan Walker, on 22 May 1941, shortly after they spoke on the telephone. Ian describes how he has been ‘pinching myself to see if I am really awake’ after Joan accepted his proposal of marriage. He hopes that the time until his leave passes quickly, ’till we can be together again’.

This letter brings together three types of communication: face to face, over the telephone, and in writing, to build an intimate picture of the different ways this couple built their relationship and confirmed their love.

The Postal Museum’s collection of love letters spans over 100 years. Temporarily closed due to Covid-19, any donation made will support the Museum during these uncertain times. https://www.postalmuseum.org/connect/support-us/donate/. You can browse their online resources and discover more stories of communication at www.postalmuseum.org.