As we have just all enjoyed watching the (delayed!) Olympic Games from Tokyo, marvelling at the results and sporting achievements of the athletes, it gave the opportunity to look into the life of a former Olympian. The Medals and Archive of ‘Con’ Cherry give us a unique insight into the life and times of a participant of the 1936 Berlin Olympics, who made the ultimate sacrifice during the Second World War.

John Conrad Cherry – or ‘Con’ to his friends and comrades – was born at Paddington on 7th September 1914. Having been educated at Westminster, he went up to Brasenose College, Oxford as the Heath Harrison Minor Exhibitioner in 1933. A hugely talented oarsman, Cherry rowed in the Brasenose VIII from 1934-38 and was first selected for the Oxford VIII for the Boat Race in 1936, tasting defeat on the first attempt, in a Boat which included Special Air Service legend JS ‘Jock’ Lewes, a founding member of the SAS who was killed in action during the Second World War. That year he was also selected for the British VIII which went to Hitler’s Germany to represent the nation in the legendary 1936 Olympics, this time in the same boat of a number of the Cambridge crew who had put them to the sword earlier that year. Qualifying for the final they placed in a praiseworthy fourth – the USA took Gold and the British VIII came less than four seconds behind their German counterparts who took the Bronze.

Cherry was a key member of the Boat Race crew in 1937, when their President, ‘Jock’ Lewes gave up his seat in order that the strongest VIII took to the water. That year they broke the historic losing streak of thirteen years to deliver the Dark Blues victory by three lengths in what was described as ‘one of the most exciting races ever seen on the tideway’. Cherry was convinced to stay on another year to return for a second victory in the 1938 renewal, having been handed the Presidency of the OUBC by Lewes, besides being made President at the Leander Club the same year. That year the No 2 Seat was filled by HM ‘Dinghy’ Young, later Squadron Leader Young, who was to be killed in action while Pilot of Lancaster ‘A-Apple’ on the legendary Dambusters Raid, on 17th May 1943, flying with No 617 Squadron. The 1938 race was the first year in which the Boat Race was televised by the BBC and the nation would see Oxford win by two lengths, Cherry being quoted in the press afterwards: “I hope this will show that last year’s victory was not a flash in the pan.” 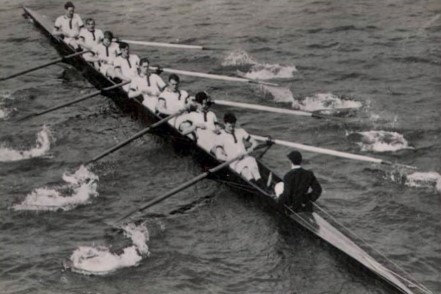 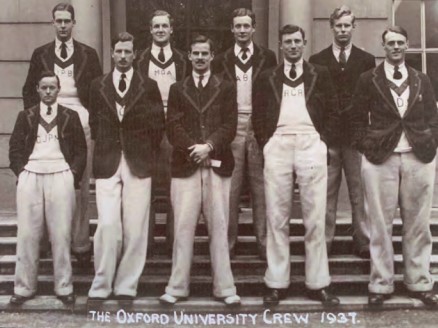 With the outbreak of the Second World War Cherry, like so many brave men of his generation, answered the call to duty and was commissioned Lieutenant in the Royal Naval Volunteer Reserve. He saw action and specialised as a Torpedo Officer aboard HMS Spartiate (from 3rd January31st March) & Manxman (1st March 1941-29th December 1942). He transferred to the Welshman, the Abdielclass minelayer with a complement of 242 Officers and men, that had been completed in August 1942. She had just completed vital convoys to Malta when Cherry joined her, being present aboard from 30th December 1942. Welshman transported stores, including 150 tons of seed potatoes, to Malta before carrying out minelaying operations in the Skerki Channel, across the Axis evacuation route from Tunisia. She also transferred troops from Beirut to Famagusta, Cyprus. 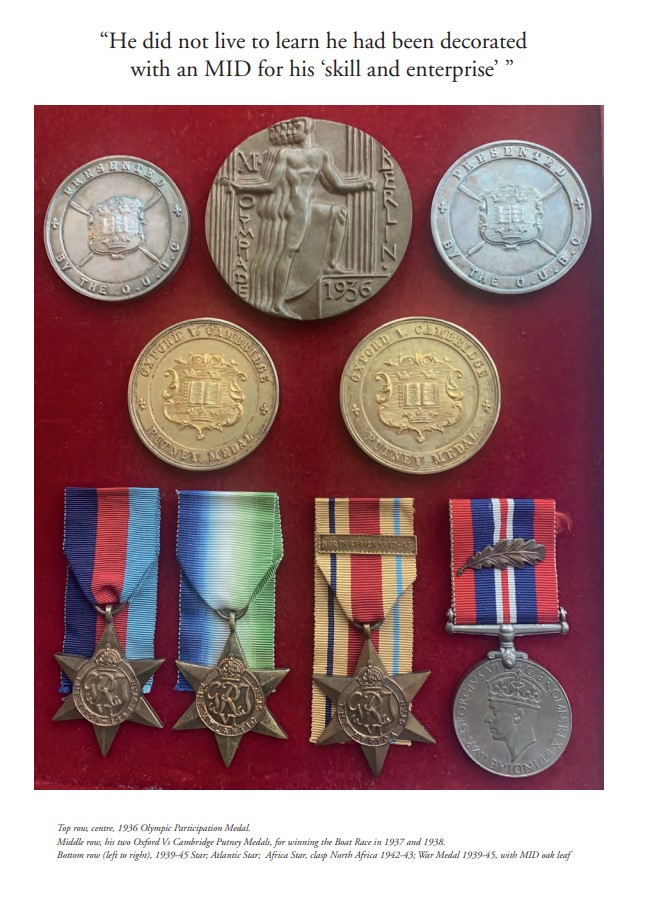 Cherry would tragically be killed in action, aged just 28, on 1st February 1943 when HMS Welshman was struck by a torpedo from U-617, which was commanded by Albrecht Brandi. A spray of four torpedoes were fired, that resulted in two hits and a boiler explosion. She capsized and sank by the stern two hours later to the east of Tobruk, with the loss of 155 souls. He did not live to learn he had been decorated with an MID for his ‘skill and enterprise’ whilst aboard the Manxman, an award made posthumously in the London Gazette on 1st June 1943. That ship had been torpedoed on 1st December, whilst in transit from Algiers to Gibraltar, struck by torpedo fired from U-375.

It was due to the work of men like Cherry that the ship was saved from sinking. The gallant Cherry is commemorated upon the Chatham Naval Memorial. 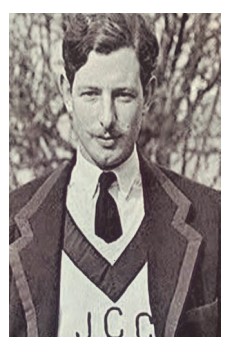